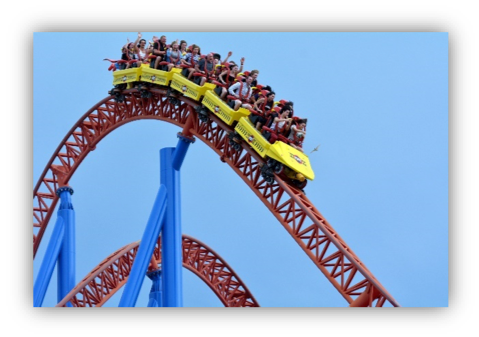 “The Happiest Place on Earth” is right in our back yard. Remember the unbelievable anticipation and unbridled excitement when you were a kid heading to Disneyland with the family? You could barely close your eyes the night before. Now imagine heading to this magic kingdom and arriving at noon. No big deal, on Mondays in May it is open until 11 PM. There is still plenty of time, right? You just missed the first few hours. Those may be THE best hours with the shortest lines, but 11 hours at Disneyland will be amazing and memorable, nonetheless. Selling a home after the peak in demand is similar. THE most optimal time to sell a home maybe in the rearview mirror, but there is still plenty of runway left in the housing market to accomplish the goal in making a move.

For sellers who are holding their collective breath anticipating the Spring Market to continue to accelerate from here, they will be disappointed. Demand, the last month of pending sales, peaked two weeks ago and dropped 3% since. It currently sits at 2,653 pending sales. From here, it will remain relatively the same until it methodically drops slowly but surely from June through the end of the year. 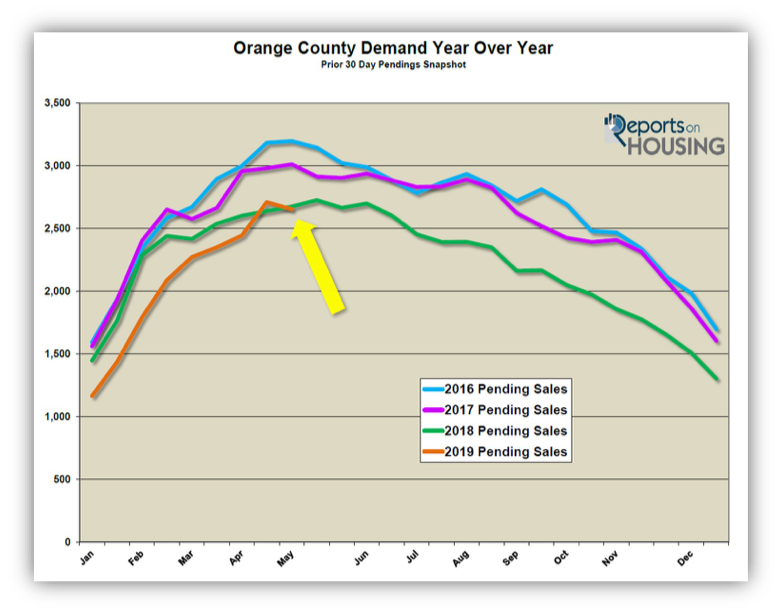 If demand is going to remain at roughly the same high level, what is the big deal? The active inventory will grow from here until peaking sometime in August. On average, in the past six years, the active inventory has grown by 1,350 homes, a 26% rise. With demand plateauing and then dropping, coupled with a rising inventory, the Expected Market Time (from coming on the market to opening escrow) will rise. The market will slow from here. The longer a homeowner waits to come on the market, the longer it will take to sell their home. The current Expected Market Time for all of Orange County is 81 days, rising from 76 days just two weeks ago. That is a slight Seller’s Market, where homes are not appreciating much at all, but sellers get to call more of the shots. It will continue to climb and surpass the 90-day mark sometime during the summer, reaching a Balanced Market, one that does not favor sellers or buyers (between 90 and 120 days). 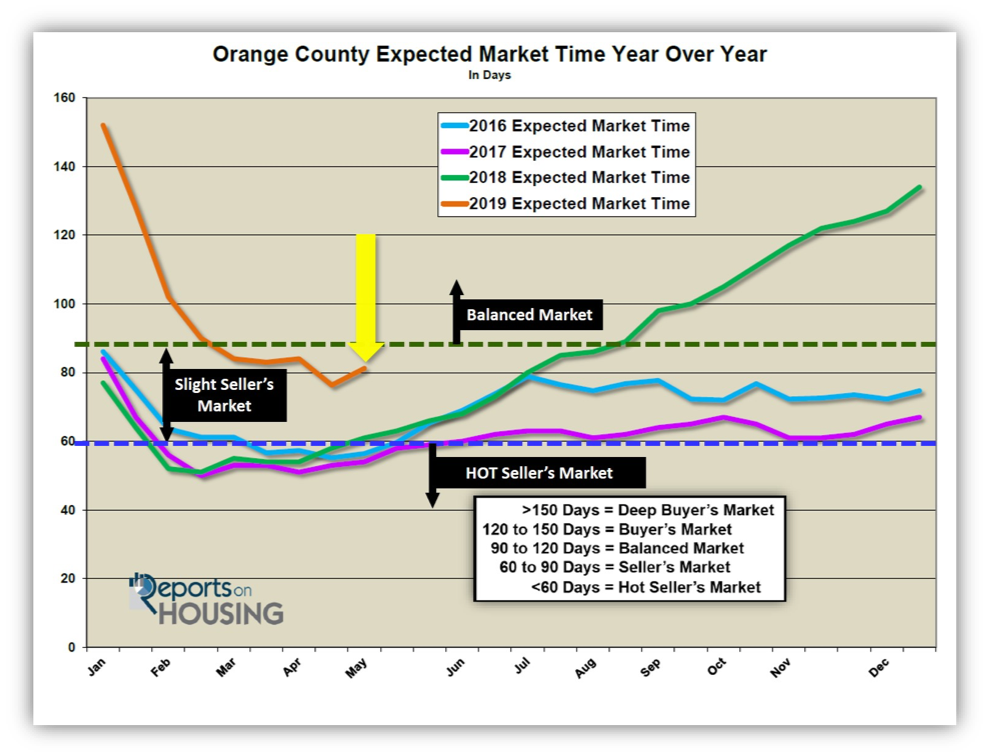 Success can still be found for homeowners who come on the market in June or July, but there will be more sellers competing against each other for a slightly smaller pool of buyers. For sellers, accurately pricing a home by leaning into their REALTOR® is crucial in order to find success.

Erroneously and aggressively overpricing a home right out of the gates is a waste of time and misses the opportunity to take advantage of the very best time to sell, the first couple of weeks a home enters the fray. That’s when apps, websites, and buyers highlight the fact that a NEW LISTING has hit the market. When a home reduces the price down the road, buyers are not as enthusiastic with the PRICE REDUCED banner as they were when they were scrolling through the all 40 photos when the home initially hit the market. Take advantage of the first couple of weeks of market enthusiasm and get that price right.

Don’t be a statistic: 16% of all homes in Southern California reduced their asking price just last week.

In the past two weeks, the active listing inventory increased by 252 homes, up 4%, and now totals 7,185, surpassing the 7,000-home mark for the first time since November. That’s a six-month high and it will only increase from here. The sharp rise in the inventory was the largest so far this year.  The inventory has climbed, on average, by 26% in the past six years from now through mid-August. Even if the inventory just climbed 20%, that would place it at 8,600 homes, the highest peak since 2011. That would be a lot more seller competition.

For ADA assistance, please email compliance@placester.com
If you experience difficulty in accessing any part of this website, email us, and we will work with you to provide the information you seek through an alternate communication method. Canyon is an Equal Opportunity Employer and supports the Fair Housing Act.

Sign Up
Already a User? Sign In
You have been successfully registered
Please check your email.
Go to the homepage
Sorry something went wrong
Please try again.
Try again